Its not a Facebook easter egg... "Your phone has a name" explained.

Ok so my wife Jodi tells me that there is some post on Facebook that your phone has a name and if you do some little command and post it the comment will change into a name. The first thing that made me think this wasnt a real phone hack but something Facebook was doing was the @ symbol notation, followed by brackets with two numbers separated by a colon looked like python slice notation so i decided to try it and this is what happened 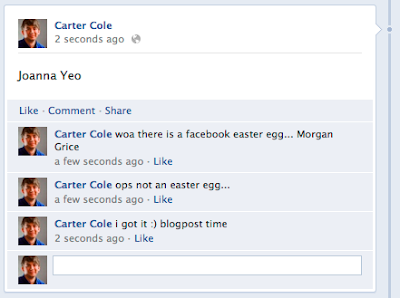 In the original instructions they tell you to do this


So after playing with it awhile i found you can put any
Heres a video some guy did oh how to do it So this all seems like some old form of Facebook tagging notation and the star is to stop javascript from popping up the @selector Some other websites that are also talking about this but it is kinda cool so thats it. Have a nice day! :) P.S. heres a Facebook group somebody made to tell people about it